The Chicago Estate Planning Council has been an outstanding source of information about estate planning developments, analysis and techniques for its members since 1938.

The principal objectives of the Council are:

To foster a better understanding of the proper relationship among estate planning specialists from different disciplines and to bring those specialists together in one association;

to further the education of members and the public in matters of estate planning;

to encourage the highest standards of professional and ethical conduct.

The Austin Fleming Award is presented annually to a person highly regarded by practicing estate planners for his or her expertise in the field, and who has made a significant contribution to the improvement of estate planning practices.

Austin Fleming was trust counsel at The Northern Trust. A tireless innovator in the trust and estate legislation and education area, he was a tremendous believer in continuing education. Fleming gave a tremendous amount to the estate planning community. When he retired, it was decided to pay tribute to him by creating this distinguished service award in his honor. “Mr. Fleming’s contribution to legal scholarship and the development of the law in trusts and estates serves as a goal to be reached by all who practice in this arena.”

Mr. Fleming’s contribution to legal scholarship and the development of the law started as far back as 1929 when he co-authored an article for the Michigan Law Review on whether a judgment concludes non-partners of whose interests the plaintiff had no notice. Mr. Fleming wrote articles on various legal topics beginning in the 1920s and continuing through the 1970s. He contributed much to legal understanding and development over a long period of time.

It is particularly interesting to note that some of the topics on which Mr. Fleming wrote, such as apportionment of estate taxes and the varying standards of prudence applicable to fiduciaries, are as alive and significant for us today as they were when the articles were written.

Mr. Fleming received his undergraduate degree from the University of Michigan and his JD in 1929. He served on the staff of the general counsel of the Office of Price Administration during World War II and joined The Northern Trust in 1945. While retiring from the bank’s legal department in 1974, he continued as Of Counsel until his untimely death on January 1, 1979. 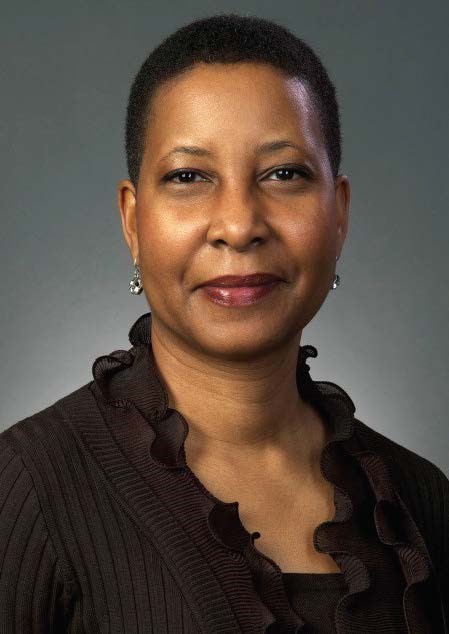 Prior to her current role, Marguerite was a Senior Trust Administrator and Relationship Manager in the Personal Trust Administration Department where she managed large, complex trusts for individuals and families, charitable trusts and private foundations. Her duties involved working with sophisticated estate plans, sensitive family situations and complex property transfers.

Prior to joining Northern Trust as a Vice President in November 1999, Marguerite was a Vice President and Trust Administrator within the Private Clients Division of First Chicago, Bank One. Before joining First Chicago, Bank One, she practiced law as an Associate with Vedder, Price, Kaufman & Kammholz where she specialized in estate planning, probate administration and tax-exempt organizations. She was a law clerk for the Honorable Conrad L. Mallett, Jr. of the Michigan Supreme Court.

This year’s recipient, Suzanne Shier, is especially worthy of this award.  She embodies the traits that Austin Fleming himself, and the award named in his honor.

For those of you who have a professional or personal relationship with Suzanne know that she’s approaches every subject and challenge with grace and with a lens on how to help achieve the intended goal or improve a what might be viewed as a challenging situation.   She places special emphasis on strategies, legislation, trends and developments focusing on how they may impact clients and their families. I personally had the pleasure of working closely with Suzanne for years while she was in private practice.  I, my colleagues and our clients benefited from the guidance and strategic advice she provided to every unique situation.

Suzanne has, and continues, to help those of us in the profession by sharing her wisdom through education, publications and individual conversations.  In addition to being a frequent CEPC speaker, Suzanne’s insights are frequently quoted in the Wall Street Journal, Forbes, CNBC.com and other publications.

Suzanne joined Northern Trusts in 2012 and recently retired from Wealth Management after 8 years with the company. While at Northern Trust, Suzanne led and grew the Wealth Planning and Wealth Advisor Practice nationally, and most recently engaged in the launch of the Corporate Executives segment of The Northern Trust Institute. Prior to joining Northern Trust, Suzanne spent 26 years as a partner at Chapman and Cutler LLP in Chicago, ultimately leading the firm’s Trusts and Estates practice, representing individuals, charitable organizations and corporate fiduciaries in a full range of wealth planning, tax and fiduciary matters.

She enjoys being actively involved in the civic community, presently serving as an officer of the Boards of Chicago Scholars Foundation, Hope College and Kids Hope USA. As an Adjunct Professor in the Northwestern University Law School LLM in Taxation Program, Suzanne teaches estate and gift taxation and international estate planning.

In Person 'Member Only' - Networking Event at The Flight Club